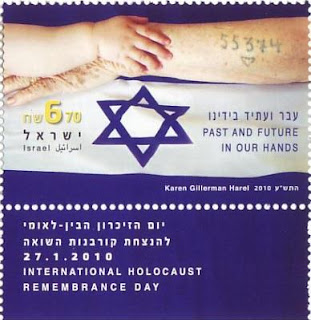 Every year the Jews, and some non Jews, commemorate the Holocaust and Heroism day. In my blog, I will not re-tell what I see and hear in these services every year. This time, I will simply write freely about what it means to be in Israel in this painful day.

..."When the Supreme Commander of the Allied Forces, General Dwight Eisenhower, found the victims of the death camps he ordered all possible photographs to be taken, and for the German people from surrounding villages to be ushered through the camps and even made to bury the dead. He did this because he said in words to this effect: ”Get it all on record now - get the films - get the witnesses -because somewhere down the road of history some bastard will get up and say that this never happened.”

When I read this paragraph, here in Israel the only thought that came to my mind was an interview I had with one of the students at Northwestern, who asked me what I thought about the declaration of one of my "colleagues" affirming ”The holocaust never existed". I answered her: "How do you feel if someone were to tell you that September 11th never existed". The student was lost for words in continuing the interview.

I cannot imagine that a "professor" can affirm such a thing...

Now I am in Israel, it was 10 AM, on Monday, April 12, 2010. That day, Israel was commemorating Yom Hashoa, [Jewish Day of Holocaust Remembrance]. There are not words to express what I really experienced in these moments.

Outside it was a little bit cold, the wind slowly were moving the branches of the trees, the birds did not sing, everything was very quiet, only a strong and loud sound of a siren, that last two minutes, was calling all the people of Israel to stop whatever they are doing and give respect to the people who were killed by the Nazis many years ago:

some of them go out from their car and stand next to it; other drivers sit in their cars and wait,

each one of the pedestrians stop, as if they were paralyzed.

Nothing in the entire land of Israel moved.

It was like watching a movie – when, suddenly, it stops.

I heard the siren, and I felt my blood growing cold;

the sound made me think of thousands of little children murdered during the Holocaust,

I was hearing their screaming,

I closed my eyes and imagine their tears,

their terrified feeling while the Nazis were taking them away from their parents,


You know the story, I do not need to tell you what happened..
Posted by shajar at 1:25 AM 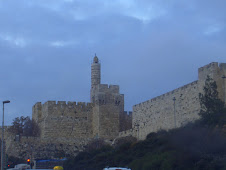